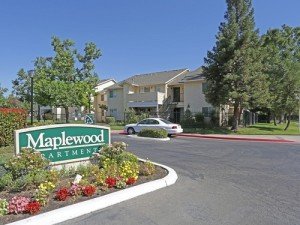 The team plans to commit approximately $6 million toward capital improvements and reserves.

The $37 million joint venture means that the apartment communities will continue to serve residents at 50% and 60% of the area median income through 2050.

“CDT’s investment with Southport is a ‘win-win’ for both organizations that reflects our mission of preserving affordable housing opportunities for low-income families,” said Michael Lear, senior vice president and head of acquisitions at CDT, a national lender and investor in affordable communities. “The partnership is part of our larger commitment to ensure long-term access to quality, safe, and affordable housing in California and throughout the country.”

Southport is a longtime CDT operating partner with over 16,000 units of affordable housing under ownership throughout the West Coast, Midwest, and East Coast.

The properties acquired from Affordable Housing Development Corp. are:

The team plans to commit approximately $6 million toward capital improvements and reserves. It will preserve and maintain the properties in conjunction with Trillium Housing Services, a nonprofit housing and service provider that CDT and Southport have partnered with on previous California joint ventures.

“We were particularly attracted to this portfolio because it provides both our teams with the ability to create long-term stability for families and senior citizens in an area of the state where affordable units represent a critical unmet need,” said Paul Fortino, senior vice president of Southport Financial Services.

The recent purchase is the latest in a series of CDT-Southport acquisitions spanning 14 years and nine completed transactions. Earlier, the two companies combined on a $16 million joint venture in 2017 to purchase three affordable California housing apartment complexes in Kings, San Bernardino, and Yuba counties.

The new 2019 investment will expand their joint portfolio to nearly 900 units in California.